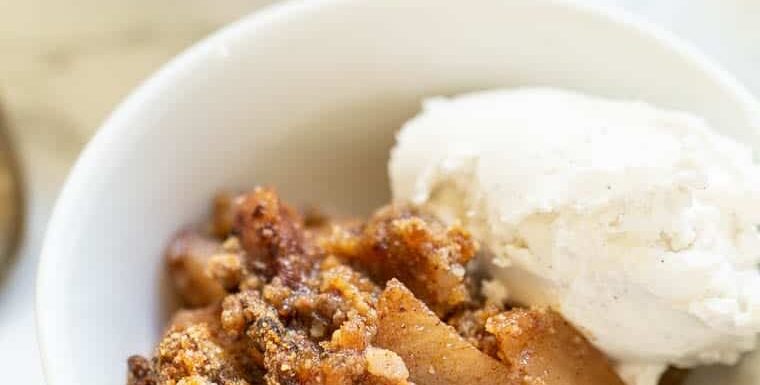 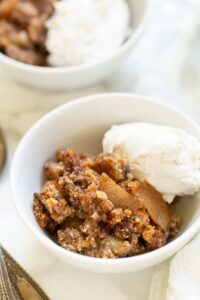 Preheat the oven to 350 degrees.

In a mixing bowl, toss the apples with the lemon juice and cinnamon.

In a separate bowl, mix together the almond meal, butter/ghee or coconut oil, cinnamon, and salt until completely incorporated.

Grease the bottom and sides of a 9×9 inch or similar sized baking dish with the melted coconut oil.

Place the apples in the baking dish and cover evenly with the topping.

Bake for 20 minutes covered with foil, then for an additional 25 to 30 minutes uncovered, until the apples are soft and the topping begins to brown on the edges.