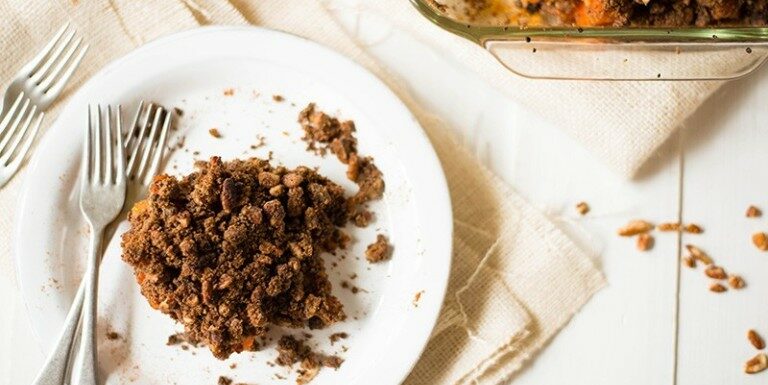 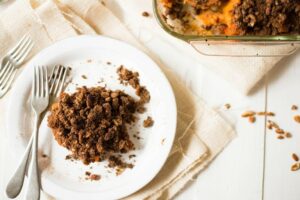 Grease a 13-inch by 9-inch casserole dish with coconut oil.

Boil or steam sweet potatoes until tender. Once tender, allow to cool and then remove and discard skin. Dice cooked sweet potatoes into 1 1/2-inch chunks.

If they have not already done so from mixing, lightly mash about 2/3 of the sweet potatoes so that only about 1/3 of them are still in a cubed form.

Mix well to incorporate all the almond meal into the mixture.

Spread the sweet potato mixture into the casserole dish.

Cover with coconut sugar and pecan topping. There should be enough topping to pretty much cover the entire casserole.

Bake for 20 minutes, or until the topping begins to turn golden brown. Let cool for 5-10 minutes. Serve hot.